Yihhong’s EF-889MAX successfully sold to Italy, the kingdom of shoemaking.

As the world gradually thaws from the Covid pandemic, Yihhong's factory in Taiwan has also become busy. Among the piles of machines waiting to be shipped, a batch of Yihhong's flagship toe-lasting machines EF-889MAX catches people’s attention. The all-Italian labels and panels of the machine reveal its upcoming destination—Italy.

At a time when the epidemic in Europe is still difficult, Yihhong’s EF-889MAX is once again shipped to Italy, which is particularly significant, especially for the members of Yihhong’s "Italian Task Force". Everyone’s hard work over the past two years finally began to bear fruit!

The inception of the story

Yihhong has been specialized in the design and manufacture of lasting machines for 35 years. We have always expected ourselves to be the leading brand of lasting technology in Asia. Over the years, Yihhong has continuously improved the technology and quality of our lasting machines, and has also won the affirmation of major shoe brands and factories. However, in general international recognition, Asian brands of shoe machinery are always considered to be one level lower than their European counterparts, especially compared to Italy, the kingdom of shoemaking machinery.

In order to break this stereotype and prove that Yihhong from Asia has the same strength to keep pace with Italian brands, we set a goal two years ago -- to sell Yihhong's lasting machine to Italy and win their recognition.

In fact, before that, Yihhong has participated in the Italian shoe machinery exhibition SIMAC for many years. In the highest technical show of the shoe machine industry, we exhibited our flagship toe-lasting machine EF-889MAX. In addition to the inquiries of shoe factory customers from many countries, it also attracted our Italian rivals to come for a detailed look. Most of them praised EF-889MAX for its technological appearance, innovative functions, and excellent quality.

From the exchange of opinions with our Italian counterparts, we can clearly feel their genuine respect for Yihhong as an opponent of the same level; instead of their usual suspicion and ridicule to Asian brands as plagiarism. Even though they are extremely interested in the features and functions of EF-889MAX, for European high-end shoes factories who are accustomed to Italian brands, it is indeed full of worry and uncertainty to switch to an Asian brand.

Because of this, it has deepened our determination to break the psychological barriers of European shoe factories; we set the goal of selling Yihhong lasting machines to Italian high-end shoe factories. To achieve this goal, two years ago we formed the "Italian Task Force" to fully support this project from sales, R&D, manufacturing, to service.

Stride for the goal

Then in the SIMAC exhibition, we selected Italian agents with high professionalism and the strongest willingness, and promised to provide the most comprehensive support to relieve their worries. Next, the agent began to introduce Yihhong EF-889MAX to its shoe factory customers. During the process, the Task Force always cooperated closely with the agent from a distance and provided various assistances. At the end of 2019, good news finally came. The first shoe factory in southern Italy had the courage to start the business and ordered an EF-889MAX.

As the order entered production stage, in order to meet the strict requirements of the Italian shoe factory, besides the basic CE safety standards, all-Italian machine operation panels, man-machine interface and manuals are also prepared, as well as those accessories made in accordance with the customer's shoe type. After repeated tests and inspections, everyone sent off the machine to Italy to open up a new frontier with excitement and anxiety. 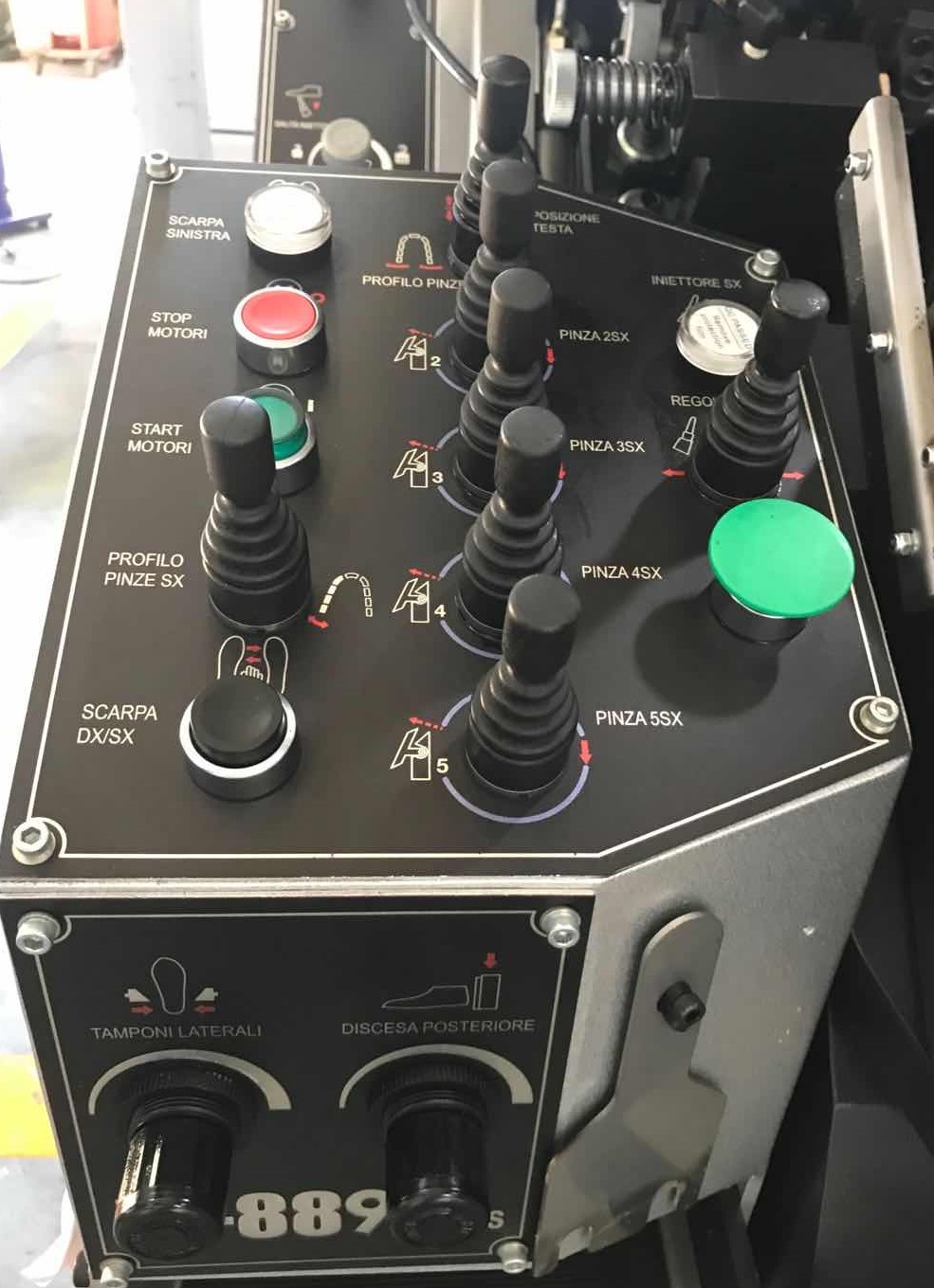 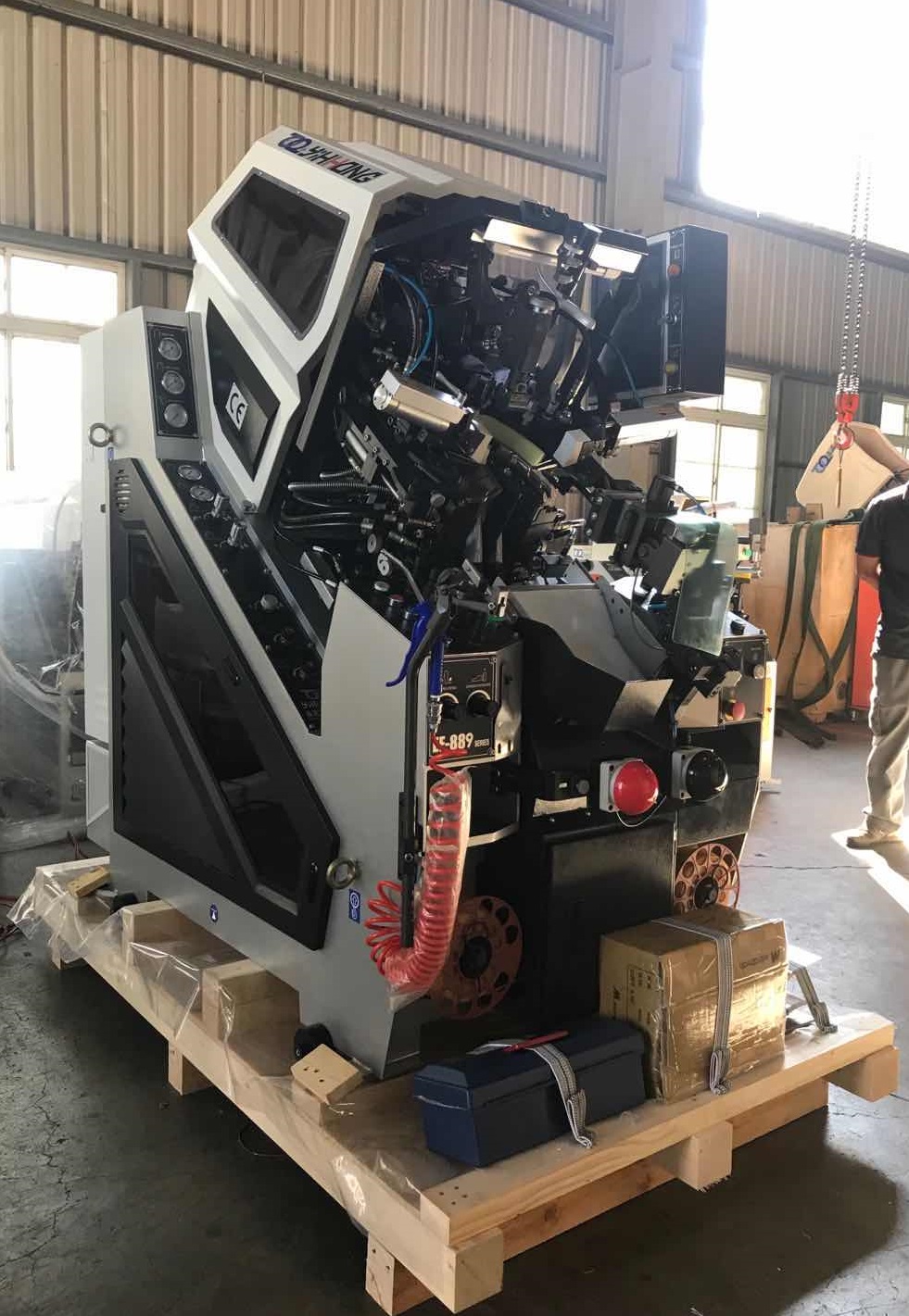 The machine arrived at the customer’s factory in January 2020. As everyone knows, at this time an unknown pneumonia virus broke out in China. Many countries began to ban Chinese from entering the country. Taiwanese were also affected. We were in a difficult decision whether or not to send personnel to Italy for technical support and training.

Since selling to Italy is a goal that was achieved after a long time of hard work, if we don't go to support, the case will most likely end in failure. The sales and service members of the Italian task force did not want their long-term efforts to be in vain. They voluntarily asked for permission to venture to Italy for operation and support and training. Finally, the team members set off for a historic trip to Italy!

Fortunately, thanks to the excellent intrinsic quality of the machine, under the adjustments of our senior engineers, it successfully passed the strict requirements of customers for lasting quality. The task was successfully completed within two weeks. At the end of the journey, a pneumonia outbreak began in Northern Italy, and the team members in Southern Italy escaped the disaster and returned to Taiwan smoothly.

Photo note: Yihhong engineer went to the customer's factory to set up EF-889MAX

After the personnel returned to the station, although the machine was successfully delivered in Italy, after all, it is the first time for the agent and shoe factory customer to use Yihhong machine, and the adjustment settings of some parameters and switches are not so familiar. Fortunately thanks to modern technology, through communication and translation software, as long as there is any problem in Italy, even if there is a six or seven hour time difference between Italy and Taiwan, the members of the Yihhong Italy task force can help solve the problem instantly, even if It's the off hours in Taiwan.

After selling the machine to a country like Italy, which mainly makes high-end shoes, it also brought unexpected problems and progress to our lasting machines. In the production of Asian sports shoe factories, where speed is the most important, the machine operators are usually less-experienced, and are normally requested not to adjust the settings at all. The machines are therefore less likely to encounter fewer problems. While in the Italian high-end shoe factory, the output is small and the types of shoes change a lot, and the machine must be adjusted at least a dozen times a day. The operators are mostly masters who have 20 to 30 years of experience in operating lasting machines. It is completely impossible for them not to adjust the machine at their own will.

A master who knows the characteristics of lasting machine always has his own unique insights and persistence in the machine. The insights of the master and the agent on the machine will be reported and communicated with the members of the Italian task force through the communication software group chat. Under the barrier of language and distance, it takes a lot of time to communicate and confirm the demand. After understanding their needs, the task force will meet again to discuss whether to modify the software according to their needs. After confirmation, the software engineer will need to connect with the Italian shoe factory to modify the software in real time.

This process has gone through more than half a year of running-in, and the machine finally gradually meets their needs. For the team members, the process was quite difficult and a lot of personal time was sacrificed. However, because of the Italians’ experience and expertise on the lasting machine, it allows us to perfect the machine to be more complete. Although the process was hard, the final result is also quite worth it!

In October 2020, the Italian agent suddenly notified another shoe factory ordered EF-889MAX too! 2020 is a year in which the world has almost shut down due to the new corona virus pandemic. Even we did not expect that Italy would have another new order at this time. Of course, the new customer placed the order after seeing the machine working on-site in the original customer’s shoe factory.

The good news continues. In March this year, the agent notified again that a luxury Italian shoe factory plans to order EF-889MAX! Selling the first batch may be luck, exporting the second batch may be an opportunity, and selling the third batch with a brand-name shoe factory confirms that Yihhong’s lasting machine has been recognized in Italy!

Winning the recognition of Italy, the kingdom of shoemaking, at the same time it is equivalent to getting tickets to high-end shoe factories around the world. Recently, agents in European countries that traditionally produce high-end shoes, such as Portugal and Spain, have also approached Yihhong to discuss agency matters.

At the beginning, it was just a simple idea to prove that the lasting machine from Asia is no less technical than the Italian counterparts. After two years of hard work, we really did it, and the results exceeded our expectations! 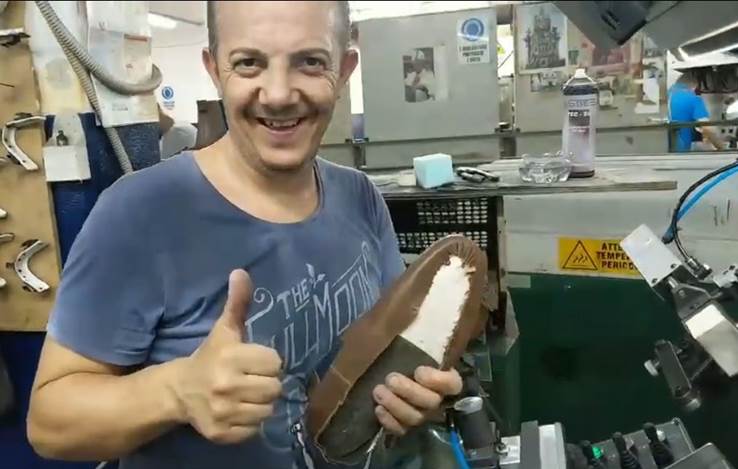 Photo note: EF-889MAX wins the thumbs-up of Italian lasting machine master operator.
2021-07-02
Back
This site uses cookies to collect the necessary user browsing behavior so that we can provide you with a better browsing experience. Browse this site, which means you agree with "online privacy declaration."
× Close